Welcome to Ōwhiro Bay - the Raw Edge of Wellington

Ōwhiro Bay is, without doubt, the coolest little suburb on Wellington’s South Coast!

The location and the locals are what make this place special. This website is your introduction to both the people and the place and your invitation to become part of this community.

Owned and managed by the Ōwhiro Bay Residents Association (OBRA), this website is a place to share our stories, air our issues and celebrate our successes. Read on and read often – we hope you like what you see!

Ōwhiro Bay sits within the Rongotai Electorate. As at 1 April 2020, our local MP is Paul Eagle who holds the seat for the Labour Party.
For local government purposes, the bay sits within the Paewakawaka/Southern Ward.

​Our Wellington City Councilors are Fleur Fitzsimons and Laurie Foon.

Despite a challenging location and demanding weather, there has been settlement at Ōwhiro Bay for hundreds of years.

Well before Europeans arrived, Ōwhiro Bay was the site of a well-developed Māori settlement. The name ōwhiro means "moonless night" which comes from Whiro, "the first day of the lunar month".

Signs of early Maori settlement are still visible throughout the bay. Te Ara o nga Tupuna or the path of our ancestors is a trail that runs from Pipitea in the central city to Ōwhiro Bay and identifies food pits, terraces and kainga (an unfortified village) in the area.

From the early 1900s, quarrying was a significant industry within the bay and the current visitors centre is built on the old quarry building. Read more about the history of quarrying in the bay.

Taputeranga Marine Reserve is a 854 hectare area extending some 2.3km off Wellington’s South Coast – with Ōwhiro Bay at its centre.

Since the marine reserve was declared in 2008, marine life has flourished in the reserve and the birds are back too. An active trapping group is working to remove rats, stoats and other predators from the shoreline and Little Blue Penguins are returning to the beaches.

The 2016 Census is the source of the most recent data about the human residents of the bay. Ōwhiro Bay is home to 1995 people and occupies around 4 square kilometres.
Our Age Structure
We have a slightly higher proportion of young families with children and a fair few more older workers, empty nesters and retirees compared to Wellington overall.   ​​ 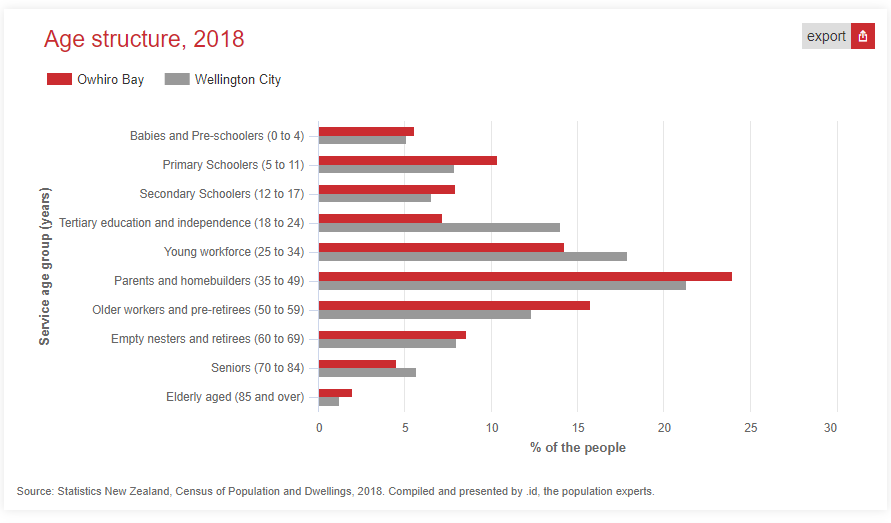 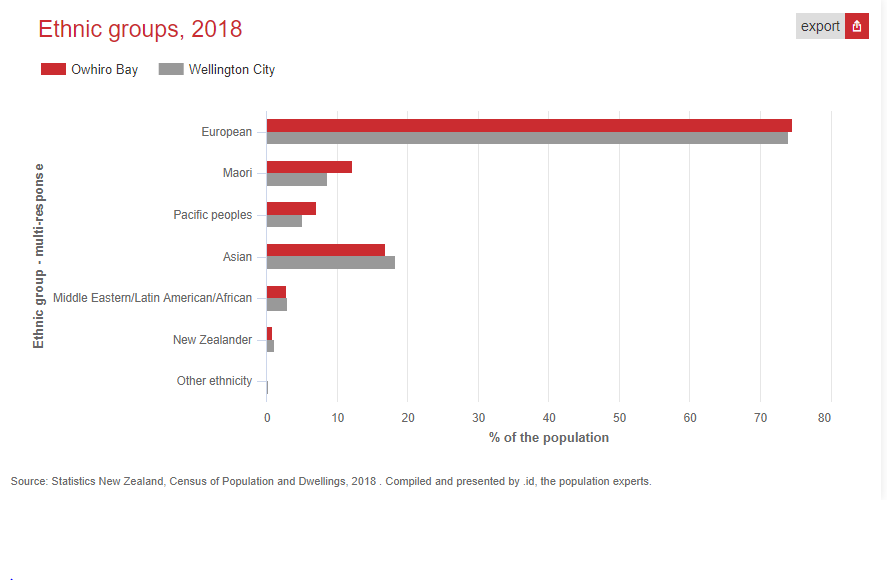 Our Qualifications
We have more people in Ōwhiro Bay with trade and polytechnic qualifications than is true of Wellington City. 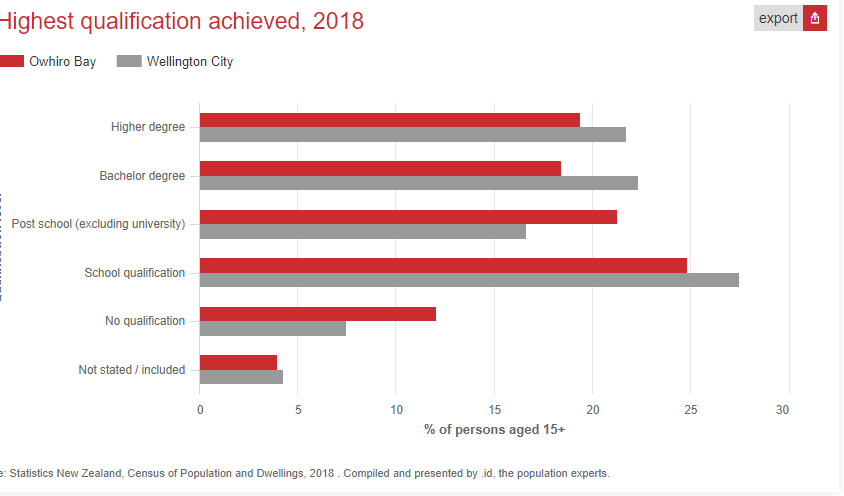 We’re a creative group! We are more heavily represented in the arts, architecture and engineering areas than Wellington City as a whole. We’ve got a lot of health sector workers too! 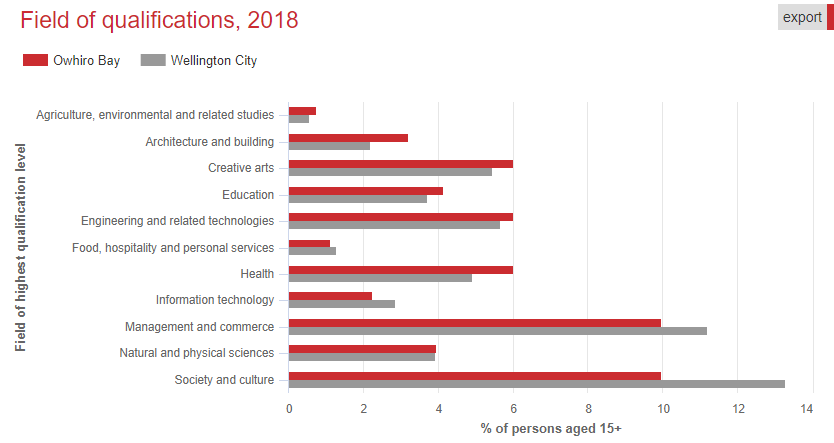 Little Blue Penguins
​Listen out for our local kororā if you are out and about along the coast at dawn or dusk. You won’t miss their call if they are nearby.
Work has been underway for the past couple of years to help make the bay as safe as possible for our kororā. Trapping lines were installed to reduce (and hopefully eliminate) non-native predators such as rats and mustelids, that prey on eggs/chicks/adults.

Last year Places for Penguins installed five penguin nesting-boxes in the bay which are regularly monitored by trained volunteers. The nest boxes are to reduce the need for penguins to cross the road in order to nest and also help protect both adults and chicks from dogs.

If you spot a box please do not have a look inside, however tempting, as penguins that are frequently disturbed are highly likely to abandon their eggs/chicks.

Recent coastal planting in the bay is also of great benefit to our penguin population. In years to come these plants will provide not only much needed protection for kororā as they come ashore but also suitable nesting sites.
Dogs and Little Blue Penguins
One of the biggest threats little blue penguins/kororā face are dogs being walked off leads in nesting areas. If walking your dog around Owhiro Bay and along the coast to Red Rocks and beyond, you are required to keep them on a lead, as per the DOC signs.

Please do spread the word to other dog walkers to help keep not only penguins, but all other ground-nesting birds and coastal wildlife, safe. ​

How to Get to ​Ōwhiro Bay

If you are taking public transport, #29 and #29e buses are the ones you want. Download the timetable for both here.

Or you could take the scenic route to get here – follow the City to Sea Walkway.

If you’re driving, it’s just 8km from the central city – up Brooklyn Hill and through Brooklyn Village, follow Ohiro Road and Happy Valley Road (the sculptures of Carlucciland are a sure sign you’re in the right place).